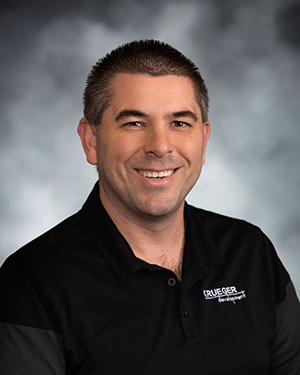 Dave Conde, Founder, and President Dave’s background is in property management where he has more than 20 years of experience.  He began his career in 1995 as a Leasing Agent in his home town of Baltimore, MD.  He was promoted to Property Manager within a year.  In 2010, Dave moved from Maryland to Nebraska where he served as a Regional Manager for a national company overseeing properties in Nebraska, Colorado, and Arizona.  In 2019, Dave exited the property management industry to take on his current role as Client Care Specialist for BB Roofing.  Dave serves as President of A Warmer Day in addition to his full time work.  He oversees the daily operation of the organization and is active in coat drives, distributions and events.  In his spare time, Dave values time with his wife Valerie, three daughters and the rest of his family.  Dave also enjoys playing Volleyball and cheering on his beloved Baltimore Ravens and of course the Huskers football & volleyball teams. 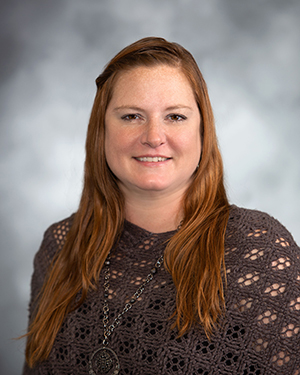 Valerie Conde, Co-Founder and Secretary Valerie was born in the tiny town of Virginia NE and attended Lewiston High School. Valerie was an outstanding athlete and helped her team win a state volleyball title. She attended Iowa Western College on a volleyball and softball scholarship before transferring to Peru State where she earned her Bachelor of Science degree in Psychology/Sociology. After college, Valerie moved to the east coast where she took a position as a Center Director for Jenny Craig and then as a Medical Coordinator for a prominent physician in Annapolis, MD. She enjoyed her job very much but home was calling and she moved back to Nebraska in 2010. She is currently the Financial Secretary for Christ Lutheran Church in Pickrell, NE and also the Secretary for Southview Christian Church in Lincoln. Val enjoys spending time with her husband, Dave and their daughters. While she still plays volleyball occasionally, enjoying time with family is her favorite pastime. 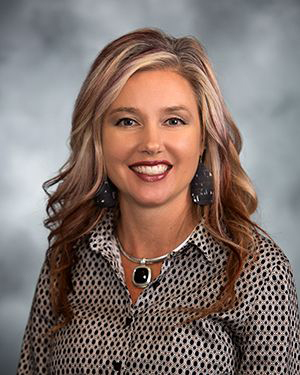 Heather Graewe, Vice President, Operations Director Heather Graewe is a graduate of Larabee School of Real Estate and has earned the designations Accredited Resident Manager (ARM®) & Certified Property Manager (CPM®) from the Institute of Real Estate Management Chicago, IL.  She’s contributed over twenty-two years in various capacities of leadership with Commercial Investment Properties and has served on local committees including ASTD-Lincoln, BNI, IREM®, Chamber of Commerce.  She currently serves as co-chair on the education committee and is a Board of Director with the Apartment Association of Nebraska- Lincoln chapter as well as Vice President and Board of Director for A Warmer Day Heather values the importance of work life balance and spending time with her husband and three children.  She also knows that being a business leader in a field that is both challenging and rewarding is equally as important in her life direction.  Balance is the key! 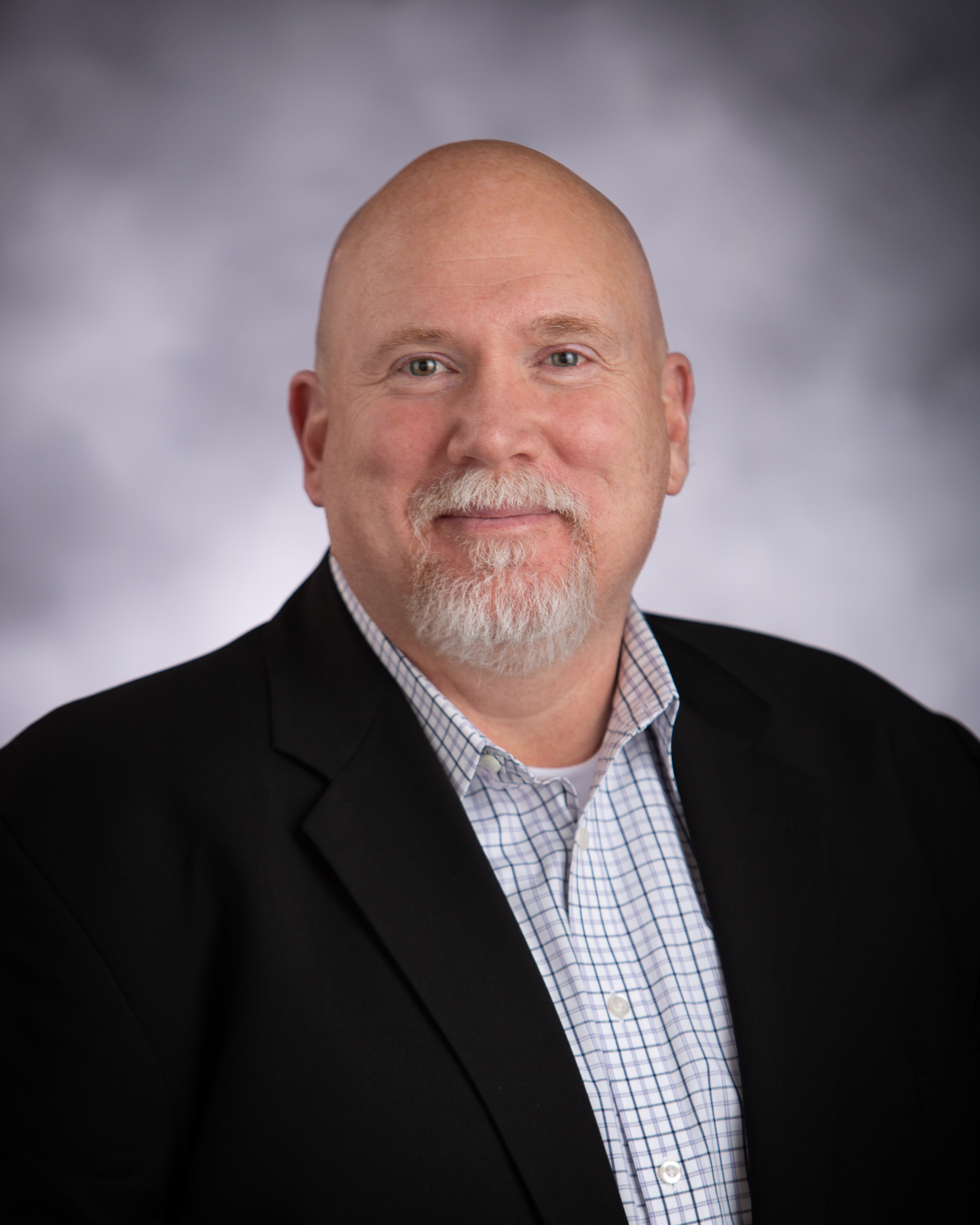 Joe Armstrong, Treasurer Joe Armstrong is an accomplished business leader with over 30 years of success in the Hospitality Industry.  He grew up in a small town in Kansas before attending Kansas State University in Manhattan where he studied Hospitality Management.  Joe spent 24 years helping grow the Applebee’s Grill and Bar concept, where he was integral in growing a $100M company with 2800 employees to a $600M company with 10,000 employees in just 1 ½ years: becoming the second largest Applebee’s franchise and 11th largest franchise operation of any kind.  He then ventured out on his own, owning Fast Casual and Catering Restaurant Concepts.  Joe is now an independent restaurant & business consultant, focusing on helping others grow their business.  Joe spends his free time devoted to his family and his church family at Hope Community Church, where he has served as Deacon Chair and is currently an Elder.  He is also active in other charitable activities such as the American Cancer Society-Relay For Life, Make-a-Wish events, and other outreach programs (Lincoln Marathon, Center for People in Need, People City Mission, Matt Talbot Kitchen, Lincoln Food Bank, and Atlas).  He has been involved with A Warmer Day since it began and now serves on the Board of Directors as Treasurer.  Joe feels that it is our moral obligation to help our neighbor and serve our community–A Warmer Day accomplishes both. 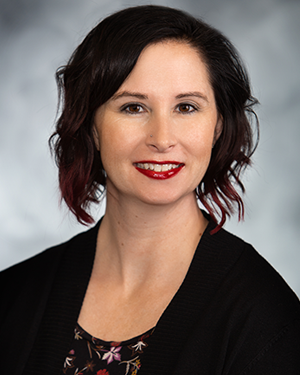 Jenny Rasmussen, Volunteer Coordination Director, Giving Tuesday Director Jennifer was born and raised in Geneva, NE. She has worked in real estate in some fashion since 2000, being an office manager in a real estate office in Naples, FL. Currently she works for CIP and wears many different hats in her role since joining them in 2004. Jennifer’s passion is helping others in any way possible by volunteering, organizing events and just helping out where ever needed. In Jennifer’s down time, she enjoys spending time with her husband and two children. They enjoy kayaking, camping, hiking, just anything outdoors. 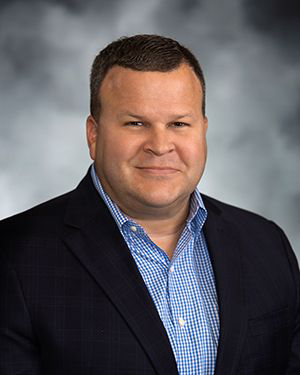 Sean Mulvaney, Golf Tournament Director Sean brings a wealth of business knowledge to A Warmer Day. After selling ACTON Marketing, where he was a managing partner, to Deluxe Corp in 2013 he transitioned over to another bank marketing company, WordCom where he currently is the Vice President and Director of Product Development. He is also the co-founder and Director of Business Operations for FUNdamental Athletics Academy, a before and after school club focused on academics and helping kids develop fundamental athletic skills. Sean is the owner of Mestic Investments, which has rental properties across Lincoln. In his down time Sean enjoys spending time with his wife Susan and 4 boys, Ian 9, Carter 8, Max 3, and Jack 2. The Mulvaney family currently attends Westminster Presbyterian Church where they have been members since 2009.

Pastor Heather Brown, Pastoral Director Rev. Heather Brown has served Christ Lutheran Church (Pickrell, NE) since 2014. Previously, she served churches in North Dakota and New Jersey. She has done mission work in Cairo, Egypt and has served in partnership with various denominations, including The United Methodist Church and Presbyterian Church (USA). Her husband, David Iversen, is employed by MOSAIC in Beatrice and they live near Pickrell NE. Together they are currently hosting two exchange students, one from Denmark and the other from Brazil. 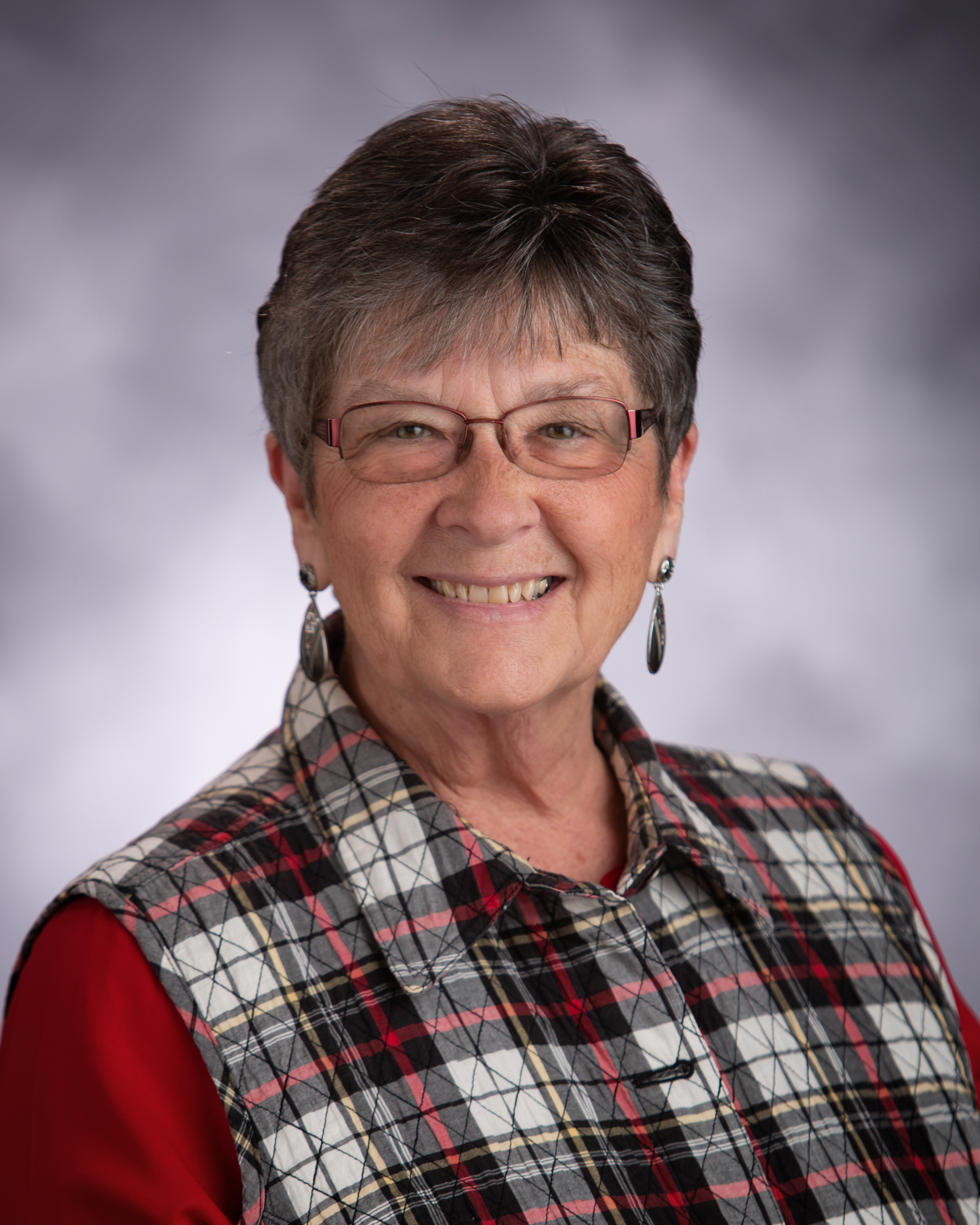 Marilyn Ferguson, Executive Director Marilyn was born in Denton Nebraska and never moved.  She has found the area a wonderful place to live and raise her family.  After graduating from Milford High School, she began working in the bookkeeping field. After various jobs, she started with the State of Nebraska where she worked as an accountant for 36 years.  She retired on June 28th, 2018. She is active in her Denton United Methodist Church and loves to spend time with her family  She has  a son and 2 daughter, 5 grandchildren and 2 great grandchildren.  She now enjoys doing the many projects she never had time for when she raised her family and worked full time.  Some of the new projects are quilting and making flower gardens in her yard.  She loves to plant vegetables and does a lot of canning to stock her pantry.  Looking for a worthwhile project to help others, she discovered A Warmer Day.  She has enjoyed delivering coats and winter apparel to those that need to stay warm.  She is proud to be involved with A Warmer Day and the awesome people that she has met.  In life she finds helping others makes her feel warm all over. 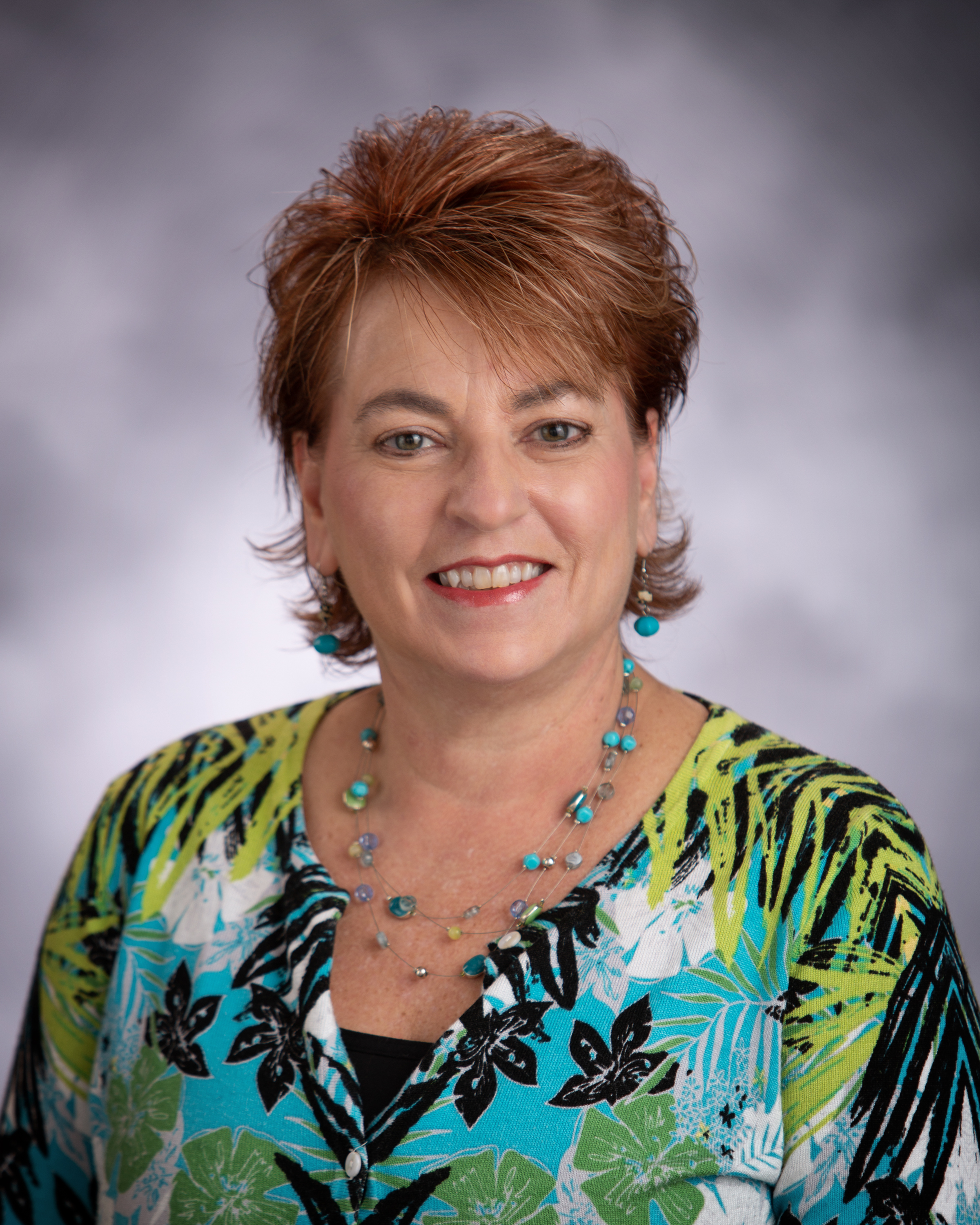 Ronda Armstrong, Big Summer Fundraiser Director Ronda Armstrong was born and raised in Elmwood, Nebraska, a small-town east of Lincoln.  Immediately after graduating from high school, she moved to Lincoln and attended Southeast Community College where her focus was on accounting and business management.  Ronda started her career working in banking and insurance, becoming an agent for American Family Insurance and working in accounts payable for Concord Hospitality, franchisee of Applebee’s Grill & Bar and Village Inn Pancake House. She has spent the last 16 years in the non-profit world, working for the American Cancer Society focused on Relay for Life for Lincoln-Lancaster County and other surrounding counties. Ronda recently retired from ACS and began a new career in property management with Commercial Investment Properties (CIP) as an Asst. Property Manager.  Ronda’s greatest love is networking and getting to know people on a personal level.  She continues volunteering her time with several organizations, including:  Hope Community Church, Lincoln Marathon, Center for People in Need, Homeless No More Cat Rescue, Atlas, and A Warmer Day.  Ronda and her husband Joe were recently in the restaurant business owning a fast-casual concept in South Lincoln.  They both enjoy visiting wineries wherever their travels lead them.  Ronda is a huge Husker volleyball fan and loves spending time with her family and friends who are family to her.  Ronda’s passion is helping people in need which is in alignment with A Warmer Day’s core values.

Dr. Reuben Rieke, Currently on Leave Reuben Rieke was born in a small town (population 180) in southern Minnesota and spent most of his youth in Fairfax, Minnesota (population 1,100). Dr. Rieke received a Bachelor of Chemistry Degree in 1961 from the University of Minnesota-Minneapolis. His Ph.D. Degree was in Organic Chemistry from the University of Wisconsin-Madison under Professor Howard E. Zimmerman. He then did postdoctoral studies with Professor Saul Winstein at UCLA. He taught at the University of North Carolina at Chapel Hill from 1966 to 1976, North Dakota State University in Fargo from 1976 to 1977, and the University of Nebraska-Lincoln from 1977 to 2004. Dr. Rieke is internationally recognized for his pioneering work in the development of highly reactive metals, conducting polymers, and novel organometallic reagents. In 1991 he founded Rieke Metals, Inc. The company specializes in active metals, conducting polymers, novel organometallic reagents, and complex fine organic chemicals. He ran Rieke Metals from 1991 until the company was sold in 2014.